Posted on November 9, 2010 by admin
When a couple gets engaged, the first response is usually, ‘can I see the ring?’ And when a celebrity gets engaged, that reaction is splashed across the usual tabloids, and the usual comparisons get thrown around; Beyonce’s ring from Jay-Z, Jennifer Lopez’s pink diamond, etc. But there are some rings that are so stunning, it is hard to believe that they could slip through that cracks, and yet somehow they have. So here are our top five choices of little known but most deserving diamond engagement rings.
Although 4 carats is nothing to turn your nose up at, but when it comes to television star Kate Walsh’s engagement ring, it is the cut that lands it on our list. When movie executive Alex Young proposed to Walsh, he presented her with an elegant and less prevalent style, a Jubilee cut diamond solitaire engagement ring. The Jubilee is a unique, square shaped diamond with a ‘hearts and arrows’ pattern created by the cut, and is often described as a more stunning alternative to the Princess cut. The couple eventually split in 2008 and reportedly divided up their assets by the toss of a coin, and no word on where the ring landed in that negotiation. 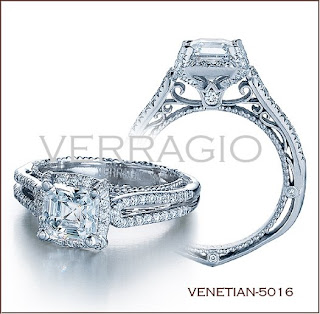 The story of Grace Kelly and her marriage has become the modern day, American fairytale. She was the darling of Hollywood in the ‘50s, but became a real-life Princess when she married the Prince of Monaco in 1956. Originally, Prince Ranier presented Kelly with an eternity band of rubies and diamonds, but upon visiting Kelly in Hollywood and seeing the outrageous size of other celebrity’s rings, he promptly ordered a second engagement ring. Kelly, who was filming her last film, ‘High Society’ at the time, received a 12 carat, Emerald cut diamond engagement ring, with two flanking baguettes. Kelly wore the ring until her death in 1982, and has since been put on display by Sotheby’s. The prince may have spent $600,000 in 1956, but a ring like that would set someone back about $2 million today.

Hollywood funnyman Eddie Murphy has made a lot of money from his jokes over the years, and in 2008 he used a sizable chunk to purchase a yellow diamond engagement ring for music producer, Tracey Edmonds. Murphy reportedly shopped around before he settled on an 8 carat, Emerald cut, yellow diamond engagement ring. Set in platinum the ring, with two flanking white diamonds, was worth $800,000 at the time of purchase. The marriage only lasted two weeks, but the memory of that ring alone could last a lifetime.

Elizabeth Hurley first became famous when she walked the red carpet on the arm of actor Hugh Grant, but the British beauty has since split from Grant and made a name for herself as an actress and model. In 2002 Hurley began dating Arun Nayar, an Indian Textile heir and owner of a software company, and the couple eventually exchanged wedding rings in an elaborate ceremony in a Scottish castle. Upon proposing, Nayar presented Hurley with an amazing 15.09 carat Asscher cut diamond engagement ring set in platinum with pave’ set diamonds on the band. And in a refreshing twist, this engagement ring remains happily ensconced on Hurley’s finger, as the couple is still happily married.

Taking Elizabeth Taylor out of the equation, it would be difficult to find someone who knows more about wearing an engagement ring in Hollywood than Jennifer Lopez. The singer and actress wore one of the most famous engagement rings in the past, which she received from Ben Affleck in 2002; an over 6 carat pink diamond engagement ring. But the couple split before they made it to the altar and the ring was auctioned for charity. The $1.2 million ring is still talked about all these years later, however not much is said about the stunning engagement ring that Lopez received from her husband, singer Marc Anthony. The former friends reunited in 2005, and in February of that year, they quietly wed in a small ceremony at their home. Lopez has since been seen wearing an over 8 carat, Cushion cut diamond engagement ring with pave’ set diamonds on the band. The marriage was kept quiet at first, which would explain the lack of publicity for the ring, but that is one $1 million secret.

This entry was posted in celebrity weddings, diamonds, wedding rings. Bookmark the permalink.