Diamonds and Engagement Rings Giving Back to a Cause

Media mogul Russell Simmons hosted his first ever London charity event on November 8 for his charity, Diamond Empowerment Fund. The charity, which he started in 2007 to raise money for disadvantaged people in African nations where diamonds are a natural resource, exceeded its own expectations at Monday’s cocktail party and auction by more than $500,000.

Simmons has never failed to harness considerable star power when raising money for his various charities. In 2008 Simmons hosted another charity auction to raise for Rush Community Affairs, a group of nonprofit organizations, where stars from the hip-hop community put their own personal jewels on the auction block. Superstar artist and producer Missy Elliot, for example, donated a diamond ring in the shape of a turntable made of black diamonds and yellow gold.

Although well known for his charitable efforts, Simmons is not the first or only celebrity to use diamonds to raise money. The most notable instance was Elizabeth Taylor’s famous diamond donation in 1978 when she auctioned off an iconic jewel.

Married twice, Richard Burton and Elizabeth Taylor are one of the most famous couples in Hollywood history, and in 1969 after the couple was married for a second time, Burton became fixated on purchasing a 69.42 carat Pear cut diamond that was up for auction. Although he was outbid, he later negotiated a private sale from a restaurant payphone and was heard saying “I don’t care how much it is; go and buy it.”

However, the couple couldn’t make it last again, and shortly after their second divorce in 1978, Taylor announced that the diamond, which at that point had become known as the “Taylor-Burton” would be going up for auction. The massive diamond sold for $5 million which Taylor donated to help build a Hospital in Botswana, Africa.

Paris Hilton has had a lot of boyfriends and fiancé, but the perhaps the closest she has ever come to the altar could be when she was engaged to Greek shipping heir Stavros Paris Latsis, who presented the heiress with a 24 carat Emerald cut diamond engagement ring worth $4.7 million.

The couple never quite exchanged wedding rings and was only engaged from May to November of 2005 before they called it quits, but in that time, the giant diamond garnered a lot of attention. And while Hilton’s name isn’t exactly synonymous with charity, despite the fact that she has actually given considerable sums to various charities over the years, it was announced that she had decided to sell the ring with the proceeds going to help victims of Hurricane Katrina. It was probably for the best, considering that even before the engagement was over, Hilton was complaining that the size of the engagement ring was hurting her finger. 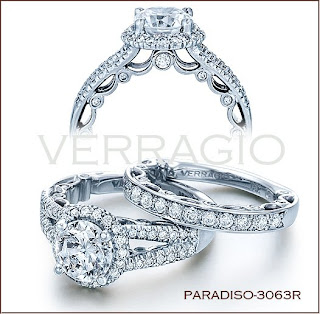 But you don’t have to be a celebrity to give back to charity or help a worthy cause. Marie Curie Cancer Care, to this day, credits an engagement ring with their success. The charity, which was named to preserve the Physicist Marie Curie’s name in the medical society, raises money to alleviate the suffering of patients suffering from cancer. In 1950, a diamond engagement ring was received as the very first donation to the fledgling cause, raising over thousands of dollars, sparking an initiative, and establishing the cause as a legitimate charity that still helps cancer patients today.

This past Monday, Russell Simmons raised over $1 million dollars to help the effects of diamond mining, but it is nice to see that diamonds themselves can bring joy in more than one way.

This entry was posted in diamonds, wedding rings. Bookmark the permalink.