News of Prince William’s engagement spread across the world like wildfire after his father, Prince Charles made the announcement yesterday. Despite the global interest the news inspired, the exact details were sparse, and speculation began.

However, in their first official interview, which aired yesterday in the U.K., William himself confirmed that the engagement ring he chose to propose with was none other than the ring his mother, the late Princess Diana, wore in 1981.

“It’s my mother’s engagement ring so I thought it was quite nice because obviously she’s not going to be around to share any of the fun and excitement of it all,” he said during the interview. “This was my way of keeping her close to it all.”

The ring, which now currently resides on fiancé Kate Middleton’s left hand, features an 18k oval cut sapphire surrounded by 14 diamonds and is set in platinum. Originally causing a stir within the royal family because the ring was not specifically designed for Diana, it quickly became an iconic symbol of the woman that would become known as ‘The People’s Princess.
﻿ 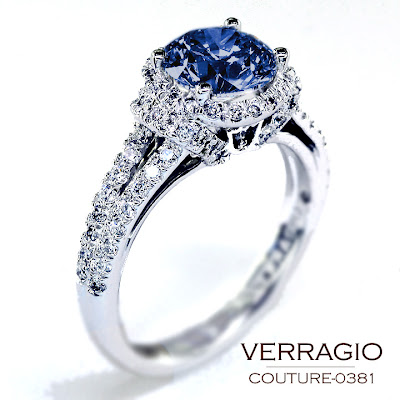 ﻿﻿﻿During the interview, William spoke about proposing while on vacation in Kenya this past October, even sharing that he asked Middleton before he asked her father’s permission, joking that he felt he had better odds that way. William also shared that the two had talked about marriage before, so he didn’t expect it to be a huge surprise, but Middleton insists that it was, describing it as romantic, shocking and very exciting.
His mother’s ring, William said, never left his side.

“I had been carrying it around with me in my rucksack for about three weeks before that and I literally would not let it go,” He said. “Everywhere I went I was keeping hold of it because I knew this thing, if it disappeared I would be in a lot of trouble and because I’d planned it, it went fine.”

Originally valued at $65,000 at the time it was purchased by Prince Charles in 1981, it is now believed to be worth around $150,000. Although some, like Middleton herself, could argue that it is priceless.

“It’s beautiful. I just hope I look after it,” Middleton said during the interview. “It’s very, very special.”

This entry was posted in celebrity engagements, celebrity weddings. Bookmark the permalink.