The entire collection of jewels from the private collection of Wallis Simpson, the late Duchess of Windsor and wife to Prince Edward of England, was sold at auction yesterday for almost $12.5 million, breaking records and far surpassing the original estimate of around $4.7 million.

The 20 pieces, which included brooches, bracelets, and other gems, that were up at Sotheby’s in London tell the story of one of the most fascinating modern day love stories to captivate the public’s attention over most of the 20th century and obviously after last night, still to this day.

The highlights of the auction included a jewel and diamond flamingo gifted to Simpson from Edward in 1940 for her birthday, and a heart shaped brooch inscribed W.E. for their combined initials commissioned for their 20th anniversary.

But by far the star of the show was a diamond and onyx bracelet in the shape of a panther that inspired what is described as a heated bidding battle between two phone bidders, and sold for over $7 million. Despite missing some stones, the bracelet’s sale price set the record for the most amount ever paid for a single bracelet at Sotheby’s.

Madonna, who is currently making a movie based on the couple’s relationship together, entitled “W.E.”, is rumored to have been one of the buyers involved in the bidding war for the panther bracelet, however Sotheby’s will not release the name of the winner.

In the months preparing for the auction, David Bennet, the head of Sotheby’s jewelry for Europe and the Middle East called the Simpson’s jewels “The most important collection put together in the 20th century.”

All of the pieces in the collection were designed by the couple themselves, and many mark important moments in their life together, including the charm bracelet hung with nine crosses that Simpson wore on their wedding day in 1937.

Their fairytale-like and often complicated love story never fails to fuel interest when pieces of their private collection come up for auction. In 1987, when 300 pieces from Simpson were sold after her death, the auction was filled with movie stars and international businessmen alike. 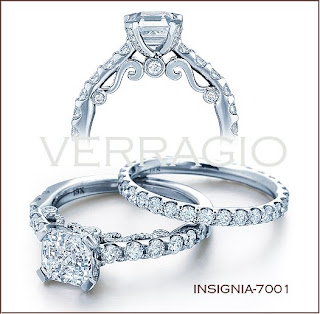 Simpson was immortalized in history when King Edward VIII abdicated the British throne after the royal family opposed their plans to marry, famously announcing, “”I have found it impossible to carry the heavy burden of responsibility, and to discharge my duties as King as I would wish to do, without the help and support of the woman I love.” He was subsequently titled Prince Edward, Duke of Windsor; the couple wed in 1937 and remained married until his death in 1972.

“They say no man ever gave up more for the women he loved,” Bennet told reporters. “The quality of the jewels and the way they tell the story of a relationship are just irresistible.”

This entry was posted in diamonds. Bookmark the permalink.