When Jessica Simpson married Nick Lachey in 2002, the then 22 year old pop star arrived at a chapel in Austin, Texas in a 1937 Cadillac limo, wearing a custom made Vera Wang gown, to an audience of 350 guests. The elaborate ceremony also included hundreds of candles and pale pink rose petals, a five tiered wedding cake, and original songs performed by both the bride and the groom for the occasion.

This time around, Simpson told People magazine that she wants to keep things simple when she walks down the aisle with fiancé and former NFL player, Eric Johnson. However, despite rumors that the starlet has been rushing to the altar in an effort to beat ex-husband Nick Lachey, who also became engaged for a second time ten days before Simpson, she recently claimed to have not yet set a date.

Simpson is currently sporting a three stone ruby and diamond engagement ring since Johnson proposed on November 11, and has since had her hands full battling rumors regarding the purchasing the her engagement ring and a possible pregnancy; she has denied both. 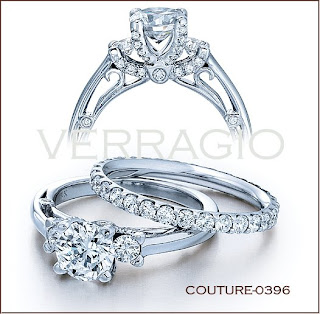 During an appearance at the recent Rockefeller Christmas tree lighting ceremony in NYC, Simpson told reporters that while on a current promotional tour for her Christmas Album, planning a wedding is the last thing on her mind.

Gossip recently surfaced that Simpson has been busy planning a holiday wedding for this year, yet another thing she strongly denies.

“We’re just going to enjoy the engagement,” Simpson said at the tree lighting. “And we’ll get married the moment we feel like it.”

The couple recently spent the Thanksgiving holiday together in New York after Simpson performed in the Macy’s Thanksgiving Day Parade, and Simpson shared plans to spend Christmas in Boston with Johnson’s family. And while she claims to have no plans to exchange wedding bands this holiday season, it seems Simpson has no plans to let another pass her by.