Valentine’s Day Proposals That Aren’t Too Sweet to Swallow

Valentine’s Day is a day set aside and dedicated to love for all those hopeless romantics out there, and what better way to celebrate than popping the question.  But with only a little over a week to go, the pressure is on.  So for those who have the inclination but maybe not the inspiration, here a couple ideas on how to propose on Valentine’s Day and still keep your cool.

The Seven Days of Valentine’s

The idea is simple, it’s just like the 12 days of Christmas, only this holiday give your sweetheart a little something special every day for about a week leading up to the 14th, nothing too big, but flowers here, candy there.  That way, even though she will be waiting for her final gift, she will never see a diamond engagement ring coming. 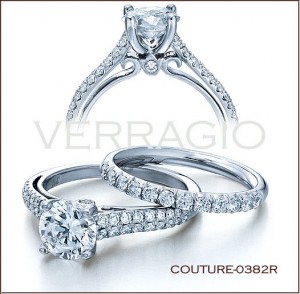 Try Your Hand at Poetry

If you’re feeling creatively inclined, put pen to paper and make your own special valentine.  But don’t worry about trying to out-do Shakespeare, just keep it short and sweet, and if need be take inspiration from Esther Howland, the artist credited with popularizing the Valentine Greeting card.  In one vintage valentine from around 1850 she simply wrote, “Weddings now are all the go, Will you marry me or no?”

It may take a tiny bit of research but take your fiancé-to-be anywhere that has a photo booth, then casually suggest you two get in.  It is the perfect unassuming spot, considering there aren’t many people who would expect a proposal while crammed into a tiny booth.  Let the camera take a snap or two then pull out the ring, (you may have to have it ready) not only will they not see it coming, but the moment will be capture by the camera.

When all else fails, keep it simple.  Thanks to YouTube and other social media sites, too often we get a glimpse at a public proposal gone wrong, including last Valentine’s Day painful-to-watch refusal at the New York Ranger’s game.  Some people just don’t like the limelight, so stay at home, cook dinner, or just pop the question in the middle of the day when they least expect it.  You two can celebrate the moment alone, before you invite the whole world in.